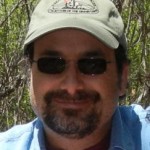 I grew up in New York City and moved to Los Angeles to begin a career in editing, writing, and producing that has spanned over two decades.   While I have worked across many genres, my heart lies in telling stories through the documentary and docuseries format.  I consider myself a true “preditor” (producer-editor) – I don’t just want to be handed a set script, I want to dive deep and actually create and shape the story through editing.

Some of my favorite credits include Netflix’s long-running serialized verité docuseries Last Chance U (Football), and the new Emmy-nominated Last Chance U: Basketball, profiling the personal and academic struggles of junior college athletes.  I spent many years on MSNBC’s Lockup as an editor, writer and/or producer, showing the human stories behind bars.  The Emmy-nominated Active Shooter for Showtime examines the causes behind the nationwide rise in mass shootings.  Working with two-time Sundance Grand Jury winner Ondi Timoner, Viceland’s Jungletown is a 10 part serialized verité docuseries that follows a socially and environmentally-conscious group of people constructing a sustainable town in Panama.   Then working with Timoner again, my just-released feature documentary, Coming Clean, examines our country’s devastating opiod crisis told through the eyes of its survivors.  Coming Clean garnered rave reviews and won the Best Editing prize at the Sidewalk Film Festival.  I’ve also edited, co-written, and co-produced the long-running PBS series of specials The Royal Tour, featuring world leaders including Israeli Prime Minister Benjamin Netanyahu, Ecuador’s President Rafael Correa, and Mexico’s President Felipe Calderón, among others.

Click on the menu above for my resume and reel.

<-- SELECT FROM THE MENU